Prerequisites to Elite Power and Velocity 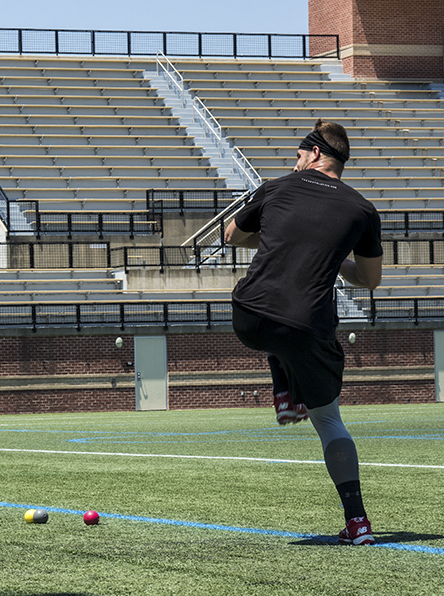 Every pitcher wants to be bigger, stronger, and throw 100 mph, right?! Well, what does it take to get there? What are the prerequisites that help set athletes up for the ability to become freaks? When programming for my athletes I consider 3 factors; mobility & stable movement patterns, strength, and mental arousal.

Moving powerfully in any sport and remaining healthy requires enough mobility to get in and out of demanding positions while maintaining structural integrity of the tissues and joints under load. Assessments at the beginning of the training process can help reveal issues athletes may have and help direct programming.

Stability and mobility go hand in hand so it’s important to build both. Gray Cook has a great quote on this topic, “Don’t put strength on top of dysfunction.” Meaning athletes who don’t move well should not be focusing on strength until quality movement is built. This is also relevant to movement patterns. If an athlete has significant issues in their throwing pattern high output throwing should not be the main focus. In certain situations high effort throwing can play a role, as not all issues can be effectively corrected at super low intent, however, mobility and movement issues should be addressed before focusing on pulldown or mound velocity.

Mobility issues can be addressed through a variety of mobility drills and soft tissue work, and movement patterns can be modified with sport specific patterning. This patterning needs to be performed frequently and with high effort, so that when the athlete is put under significant stress, like in competitive situation, the movements remain stable.

When a new movement is being conceptualized the athlete is in the cognitive stage of motor learning. This involves the athlete getting an idea of what the movement looks like and how they may go about attempting it themselves. After that they move on to the associative stage which is characterized by a struggle to make the desired movement change, performance gains are small and slow and practice must be focused and deliberate in order to make these changes stick. It is not until the final stage of motor learning, the autonomous stage, that movement becomes automatic. This is the stage at which movement patterns become stable and are unlikely to change when put under stress.

This motor learning process helps explain why it’s difficult to make significant movement changes in-season. The stress of competition and the desire to perform well, tend to force athletes back into old movement patterns. In competition situations the focus is not on deliberate practice, but success, so changes are unlikely to “stick” early in the process. 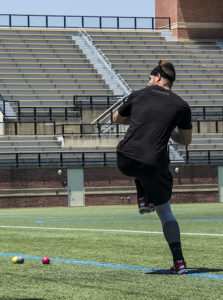 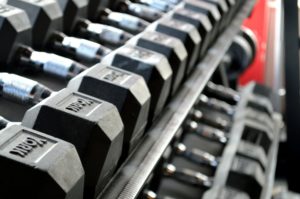 Strength tends to have zealots on both ends of the spectrum. Some chase strength gains to the detriment of all other fitness and sport specific qualities. While others, completely disregard it while focusing completely on sport specific skill work or power development. Athletes should find a healthy balance between strength, power, and sport specific development since all are important to performance and long term development. Importantly, strength can help reduce soft tissue and skeletal injury risk, as resistance training may increase bone mineral density, the strength of tendons and ligaments, tendon to bone and ligament to bone junction strength, joint cartilage, and connective tissue sheaths within muscle (Fleck et al., 1986).

Mental arousal may be the most overlooked and misunderstood piece of sport performance and power development. Neural drive, arousal level, and intent are all examples of this concept. Arousal level is your level of alertness and readiness to perform the task in front of you. Every task has an optimal arousal level for each individual, often referred to as “flow”, and the closer they can get to their “flow” the more likely they are to perform well.

For example, single output tasks such as velocity testing may require a higher arousal level, while pitching in a game may require a slightly lower arousal level. Higher arousal is generally helpful when the task requires concentrated strength or power outputs for short periods of time (Wann, 1997). Preparatory arousal, or pumping yourself up, increases maximum strength, power, and endurance of simple motor skills (Parker et al., 2011).

It’s not surprising that higher arousal levels lead to higher power outputs due to the significant neural component involved in power. Power is the ability to produce force quickly. Rate of force development is dependent on the rise of contractile forces at the beginning of muscle action (Aagaard et al., 2002). This means that the faster your nerves can tell your muscle fibers to contract, the greater your power output.

Important to note, athletes must also be able to “crank up” in order to move powerfully and then subsequently “turn down” their sympathetic nervous systems in order to recover. Athletes who are always “up” may increase their cortisol levels, which in normal amounts is necessary for optimal function, but in high amounts can lead to decreased performance. Cortisol is in fact a marker of overtraining in terms of its ratio to anabolic hormones, such as testosterone or IGF-1 (Hug et al., 2003).

Increasing velocity to elite levels is a complex process, but if you can build a solid base from these three places, mobility & movement, strength, and mental arousal, then you will be off to a solid start.