Why Pushing Off Is Not A High Velocity Cue 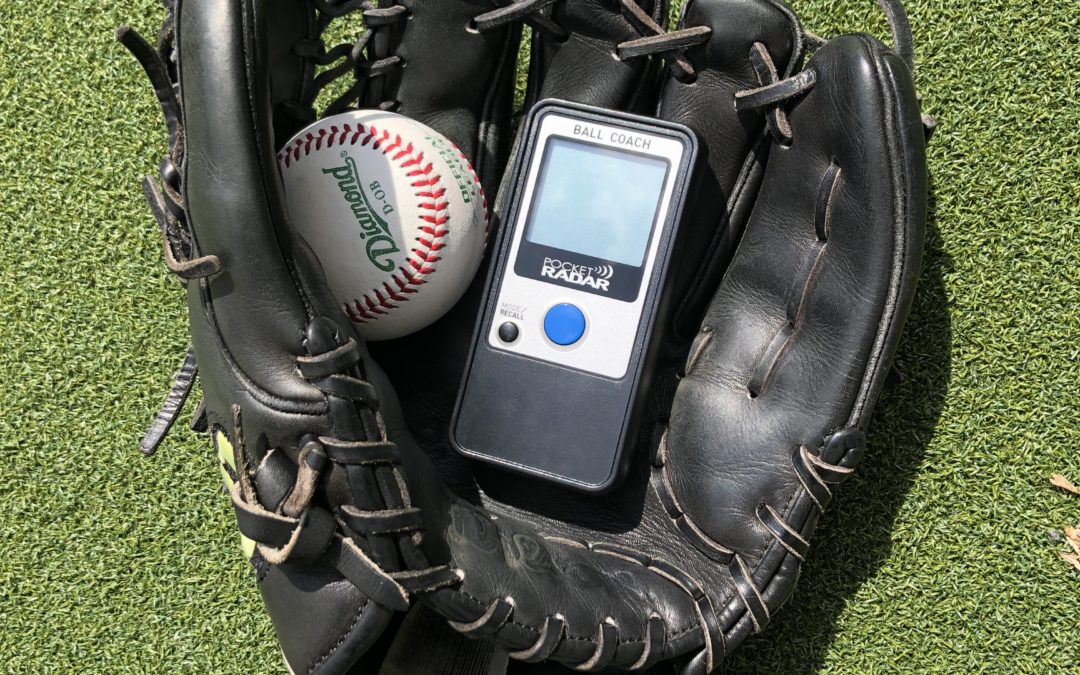 Pushing off of the mound obviously happens during the pitching delivery, but it is largely subconscious. Consciously cuing this pattern may lead to suboptimal timing and sequencing ultimately resulting in lower velocity. For practical purposes, making sure that pitchers set themselves up for elite timing, sequencing, and positioning throughout the rest of the delivery is the goal of the back leg movement.

It may be tempting to cue more force from the back leg, but this may have negative effects on the rest of the delivery, so approaching the back leg in terms of movement quality, rather than force may be a better approach.

What Should the Back Leg Do? 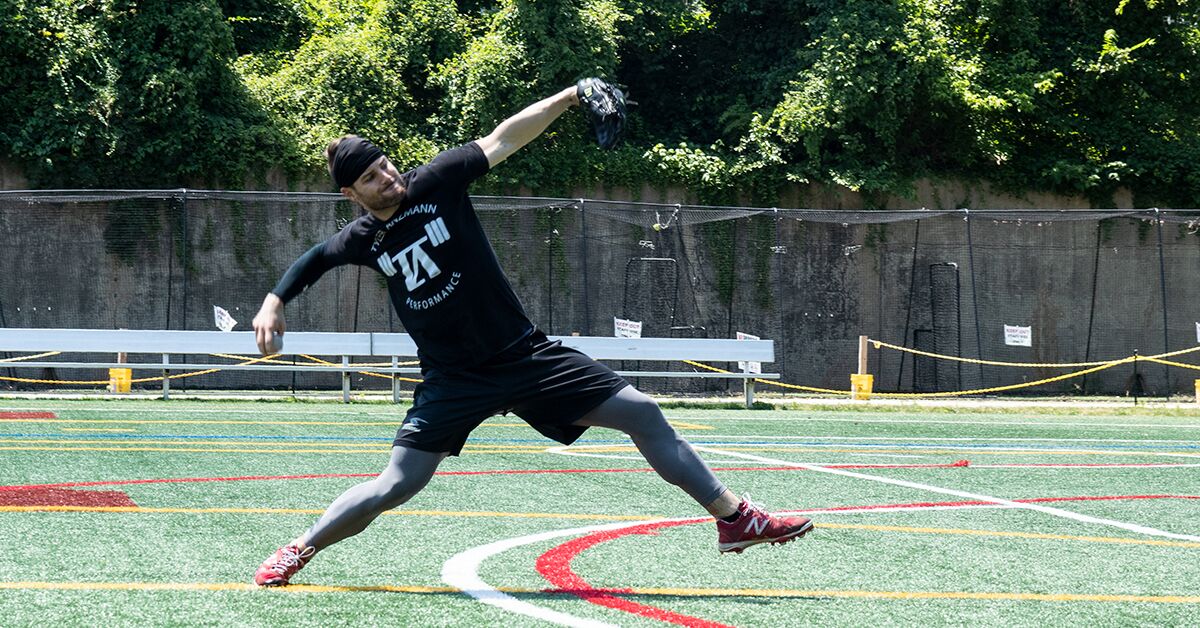 Center of mass in front of the back foot.

This makes the force vector more horizontal, rather than more vertical if the trunk is directly over the back leg. When the center of mass is adequately projected (and not too extreme where sequencing suffers) instead of pushing up and down, the back leg can drive the body towards the plate.

Leading into foot strike, the back hip should begin to internally rotate. The back knee will either go from being stacked over the back foot to turning down towards the ground, or be in internal rotation a bit earlier. This is largely dependent on hip structure and is beyond the scope of this article.

Why Not Push Off?

When a pitcher tries to “push off,” they often wind up extending their knee prior to hip internal rotation, making it difficult to separate the hips and shoulders. Once the knee extends, that kinetic energy has been transferred elsewhere, so there isn’t much the lower body can do, meaning the shoulders are going to rotate with the hips in order to get them through.

When the knee extends too early, it turns the lower and upper halves into one unit that rotates at the same time. This means that shoulder rotation is likely to be less powerful due to the reduced elastic energy storage. This is problematic for velocity, because research has shown that shoulder rotational velocity is associated with ball velocity (Stodden et al., 2001; Cohen et al., 2019).

How Does This Contribute to Velocity?

Pushing off makes sense as a cue in theory. It would seem that the harder you push, the more velocity that will ultimately lead to. This makes sense, but generally does not end up being the case.

This is a muscle driven view of pitching, and there is so much more going on than just muscles contracting.

Strength and maximum force capabilities are important factors to high velocity, but they’re far from the only factors. Movement sequencing and timing are at least as important as these factors.

Proper sequencing and timing allow the body to build up energy and make the ultimate result greater than the sum of the individual parts. 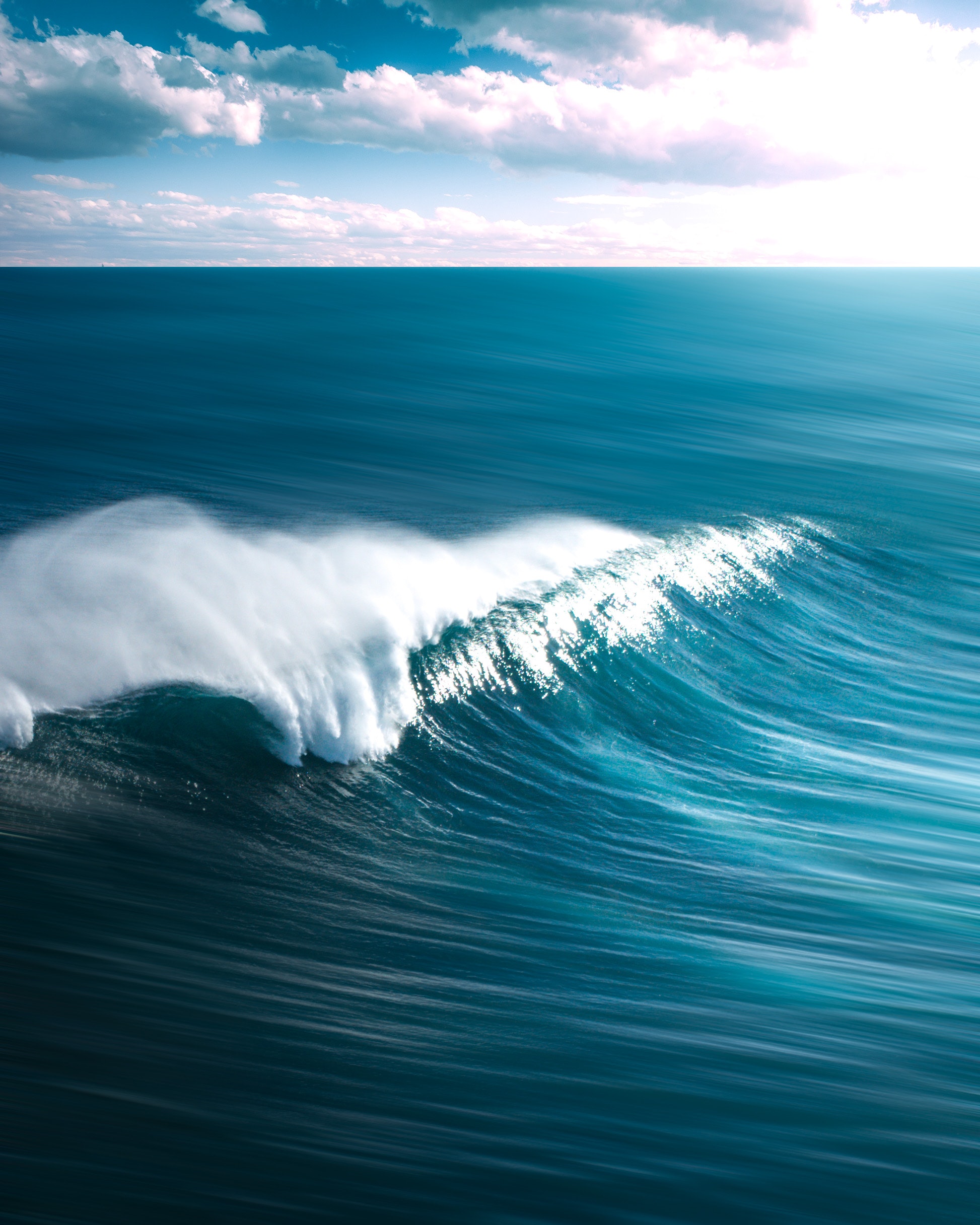 Energy is built up like a wave through the kinetic chain.

What I mean by this is that by sequencing movements properly, elastic energy is stored and released, building with each body segment. For example, EMG studies have shown that the triceps can work at 200% of their maximum voluntary isometric contraction (Smidebush, 2018). This shows that there’s more going on than just muscular force, as the muscles are not capable of producing these levels of force without assistance from elastic elements. These elastic elements work best when movements are smooth and tissues are allowed to reach their optimal length prior to shortening.

Pushing off the mound tends to imply maximum force and triple extension in some cases. These ineffective cues may lead to suboptimal movements and velocity. Shoot for optimal movement quality and sequencing rather than force output whenever possible.

If you have questions about how to improve your training to increase your throwing velocity, contact me and let’s set up a time to talk.

Smidebush, Megan M., “MUSCLE ACTIVATION ANALYSIS WITH KINEMATIC COMPARISON BETWEEN WIND-UP AND STRETCH PITCHING WITH RESPECT TO THE UPPER AND LOWER EXTREMITIES” (2018). Theses and Dissertations– Kinesiology and Health Promotion. 49.