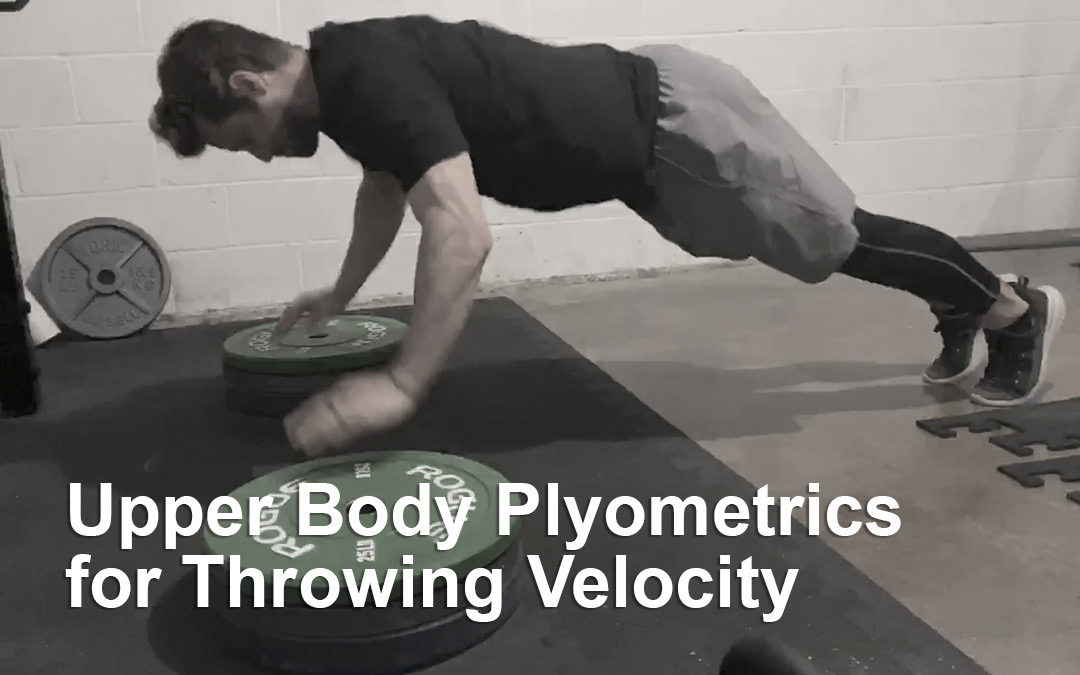 Strength is an extremely important general quality for athletes of all levels to develop and maintain. Strength raises the athlete’s maximal force producing capabilities which underly everything the athlete does in sport. However, at a certain point, strength training and raising the maximal force ceiling is no longer enough. Different training needs present themselves, such as increasing the rate of force development and elastic qualities of the athlete’s body. This is where ballistic and plyometric training methods can be helpful.

Plyometrics and ballistic training are very similar in nature and some movements may even qualify for both categories. The main difference is that plyometrics are focused on reversible muscle action or the stretch shortening cycle (SSC) and ballistic training involves moving something through the air with high velocity intent, whether it’s jumping, loaded jumps, medicine ball throws, etc, and these movements may or may not involve the SSC. To put it simply, ballistic training allows an athlete to accelerate all the way through a movement by releasing the implement or leaving the ground. As opposed to a typical lift where the load must be decelerated during the middle and end portions of the movement (i.e., holding onto the bar during a bench press), which does not optimally build explosiveness.

These types of movements can help improve performance through:

Why Does This Matter for Pitching Velocity?

In order to throw at high velocities athletes must not only have high maximal force production capabilities, they also must be able to produce large amounts of force very quickly, through extreme ranges of motion, and transfer and amplify energy, which means storing and utilizing elastic energy efficiently.

During the pitching delivery, the lower body produces large amounts of force which must then be transferred through the body via a series of contractions, relaxations, accelerations, and decelerations. These can be difficult to train with traditional strength training movements and can be the difference between a weight room beast with mediocre velocity, and a high velocity pitcher.

Lifting weights alone will only take you so far. Enter upper body ballistic and plyometric training. Most coaches and athletes are familiar with medicine ball throw variations and clap push-ups, but this goes well beyond both of those.

In order to effectively perform plyometrics and take advantage of the SSC, athletes must be able to effectively store and utilize elastic energy. Elastic energy is stored during the deformation of tissues such as muscles, tendons, fascia, or aponeuroses, and is utilized when that tissue returns to its original length. With regards to the human body, this elastic energy cannot be stored indefinitely. In order for elastic energy utilization to be maximized timing is important as cross bridges have a half-life of about 120-150ms (Cavagna, 1977).

This is where length tension relationships and reflexes play a role. Every muscle has an optimal length range to create tension or force, and tension is maximized when the number of cross bridges are maximized. If a muscle is too short or too long, the number of cross bridges that can form is not maximized. Meaning, there’s a Goldilocks effect here with the length of a muscle fiber. Additionally, the passive piece of this equation is the elastic elements; the tendons, the fascia, and the aponeuroses. These components can create more passive force the more they are stretched.

Altering the length tension relationship in favor of greater force production at longer muscle lengths can have a positive impact on both health and performance. Shorter optimum muscle lengths may be more likely to lead to injury as more of the muscle’s operating range is in the descending force range (Brockett et al., 2004). Meaning that, even though a muscle may be put through a specific range of motion during movement, it may only be able to apply significant force through a portion of it and may be weak through the end range. For example, if a pitcher’s throwing side pec has a short optimum length, it may not be able to apply maximal force through the entire range of horizontal abduction it goes through during throwing. Or, if the pec stays in its optimal range for the entire throwing motion, it will not maximize the benefit of passive force from the elastic components.

Eccentric movements, such as those present at the beginning of plyometrics, may lead to a more compliant muscle tendon unit at shorter ranges of motion, with increasing stiffness as length increases. This means that it may be possible to store more elastic energy due to a greater stretch (more compliance) while releasing this energy at a higher speed due to the increased stiffness at the end of the stretch (Brughelli and Cronin, 2007).

In terms of reflexes, plyometrics rely on the myotatic (stretch) reflex in order to enhance the power of the concentric contraction. This reflex relies on the sensitivity of sensors within the muscle tendon unit (muscle spindles and golgi tendon organs) to determine how powerful the subsequent contraction will be.

Muscle spindles sense the magnitude and speed of a stretch, and when they sense a stretch that is too great or fast they send a signal to contract the muscle and resist any further stretch.

Golgi tendon organs (GTO) have a similar job, but involving tension or force, rather than stretch. When GTOs sense too much force is being produced, they send a signal to relax the muscle and stop the contraction.

Both of these elements are present to keep athletes from injuring themselves, but in less-trained athletes the ceiling is often set far too low.

Strength Through a Full Range of Motion

In order to effectively use plyometrics or perform well in sport movements, the level of “cut off” for both muscle spindles and GTO must be raised. This can be done through strength training through a full range of motion and properly sequencing and progressing your plyometrics.

For a long time athletes have been told to reach definitive relative strength benchmarks, such as double bodyweight squats, prior to using plyometrics. While I don’t believe the strength numbers need to be quite that high (or young athletes wouldn’t be able to sprint or jump safely), intensive plyometrics are generally inappropriate for beginner (low biological or training age) athletes.

By training the muscle to move heavy weights through deep ranges of motion the muscle spindles raise the point at which they sense danger and allow for a greater range of motion prior to signaling a contraction.

Training heavy also helps raise the cut-off for the GTO, like the governor on a motor. The governor keeps the driver from driving at “unsafe” speeds, but eliminates the possibility of high speeds. This helps enhance the output during plyometrics because when the tissues (muscles, tendons, fascia, aponeuroses) are stretched and the muscle spindle activates, a now larger force will be produced than before and with the enhanced stretch and force output the power of the movement will be greater.

In addition to strength enhancement and training through a full range of motion, extensive plyometric variations should be used prior to their intensive counterparts. Extensive plyometrics involve higher volume, lower intensity movements in order to prepare the neuromuscular system and tissues for the intensity that will be undertaken later. Intensive plyometrics are the more intense variations involving high eccentric force and maximal effort.

Oscillatory movements, made more mainstream by Cal Dietz, can be a great introduction into extensive plyometrics as they’re somewhere between traditional weight room movements and plyometrics. They can help an athlete learn to contract and relax more quickly and rhythmically while bridging the gap between the weight room and plyometrics.

During the extensive period both fast and slow SSC movements should be used in order to prepare for the variations to come later. In order to train the fast SSC in the upper body, the hands will likely need to be elevated and/or a very light medicine ball used in order to minimize contact time.

Here is an example upper body plyometric progression to target the pecs, once an athlete has reached intermediate strength status (1x BW DB Bench x5). In general, these movements will move from higher relative volumes to lower relative volumes.

This is just an example progression but one that has worked pretty well in the limited testing I have done on myself and a few of my advanced athletes.

In order for pitchers to throw with their highest possible velocity and be as injury-resistant as possible, they need to be not only exposed to high velocity, upper body plyometric-type stimuli in training, but be at least somewhat proficient in them. Upper body elasticity is an important component to high velocity throwing and energy transfer/amplification through the kinetic chain. Give these training methods a try and let me know what you think!

Interested in improving throwing velocity and on-field performance? Contact me about remote training and let’s get started!