What Can Sprinting Teach Us About High Velocity Throwing? Part 1 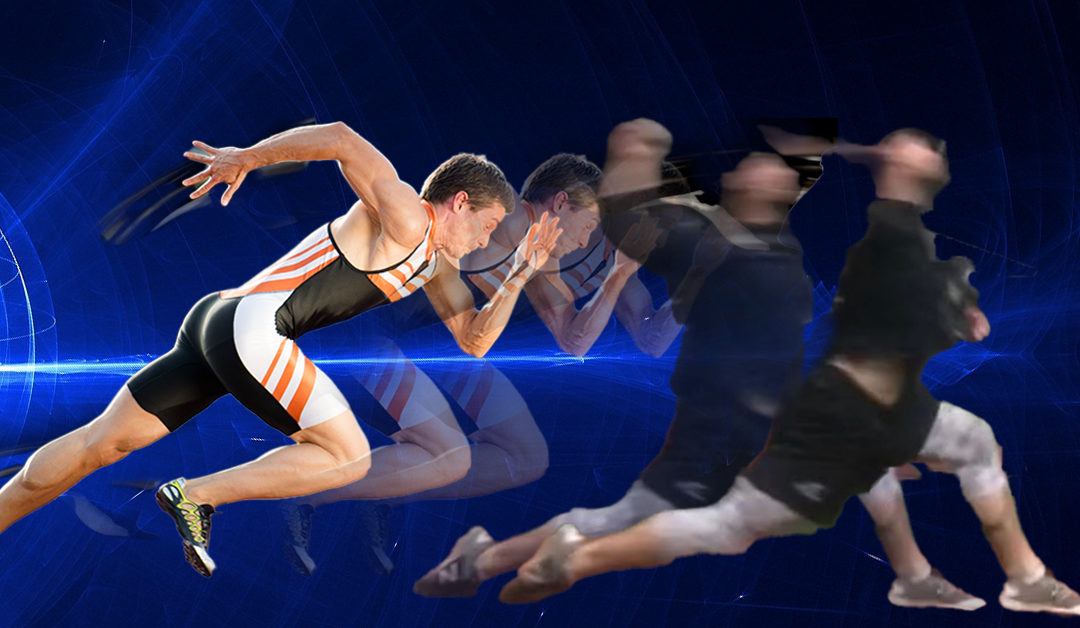 Sprinting is a foundational movement in which athletes in all sports should be proficient. This doesn’t mean that all athletes should train like 100m sprinters, but if you look like a baby deer when you sprint, it’s likely a symptom of poor general movement proficiency. However, this article series isn’t going to be about how to get faster or an in-depth breakdown of the biomechanics of sprinting. Instead it’s about what sprinting can teach us about high velocity throwing.

In parts 1 and 2 we’re going to provide movement context for throwing through a sprinting lens. In part 3 we’ll cover programming considerations for sprinting and throwing.

Posture is an important component of health and fitness, as positions drive movement. The starting position of a body segment influences the subsequent movement. For example, if a pitcher presents with a depressed scapula, getting overhead may be more difficult for them than an athlete with a neutral scapular position. This may lead to compensations in movement or muscular development. More dynamic movements such as sprinting or throwing are no different.

Posture changes precede all movement. During acceleration sprinters are close to a 45-degree angle as they attempt to produce as much horizontal force as possible. As sprinters move through acceleration they gradually become more upright as they head into maximum velocity sprinting or upright running. As their posture changes the relative proportion of horizontal and vertical force changes as well. Sprinters alter their posture to maximize force production depending on the phase of sprinting.

When a pitcher begins their delivery, they must also create as much horizontal force, i.e. towards home plate, as they can (COM shift) while balancing the vertical forces required to stay upright. Additionally, as they lift their leg they will flex their torso, heading into foot strike they will extend their torso, and heading into ball release they will flex their torso again. This is what Paul Nyman refers to as “bow-flex-bow”. As you would in a counter movement jump this flexion-extension-flexion places a stretch on the elastic components and allows for an amplification of force when the sequence is timed correctly.

The math for sprinting speed is relatively simple in theory: Stride Length x Stride Frequency (how far you step and how quickly you cycle your feet). Increase one of these factors while maintaining or improving the other factor and speed increases. While that is true, in practice it is a bit more complex than that.

If stride length is too great (generally more than a few inches in front of the COM), braking forces occur, meaning an athlete’s ground contact time becomes greater and they get less elastic return. This is why just trying to increase stride length in isolation does not make you faster. The process must be gradual and use motor learning principles to integrate this element into the entire sprinting pattern.

Additionally, depending on the relative strength and power of the athlete, these qualities may need to be addressed as well.

When throwing we know stride length isn’t the end-all be-all (look at Barry Zito’s failed experiment), but a certain length stride is a necessity for an effective lead leg block. Additionally, for a pitcher’s stride to be effective, braking forces are a necessity. The lead leg must quickly stop and redirect the forward momentum. This means that stride length needs to be sufficient enough that the lead foot will strike more than a few inches in front of the COM and result in braking forces.

Striking the pole far enough in front of the body results in braking forces and horizontal force transferred into a different vector, just like the lead leg in pitching. Video credit: Pole Vault Science

Just as sprinters should not work on this element in isolation, pitchers should not either. Stride length and the position of foot strike is the result of the COM shift at peak leg lift, the timing of the “push” from the back leg, torso position, and sequencing of these movements. Working on stride length in isolation as it seems Barry Zito did, generally does not have the desired result.

For throwers compliance is necessary for the beginning part of the delivery-everything up until lead foot contact. The back leg is producing force heading into lead foot strike. This phase is characterized by relatively long times. At lead foot contact this energy must be quickly transferred in order to transfer it to the torso and ultimately the ball. From this point on the transition times are short and stiffness is extremely important. If the lead leg is too compliant the knee flexes, or continues to flex, after weight-bearing and energy is dissipated as heat, leading to lower ball velocity.

Stay tuned for part 2 where we’ll continue to dive into movement similarities before providing some training considerations for sprinting and throwing in part 3!