Why Do We Use Running Throws? 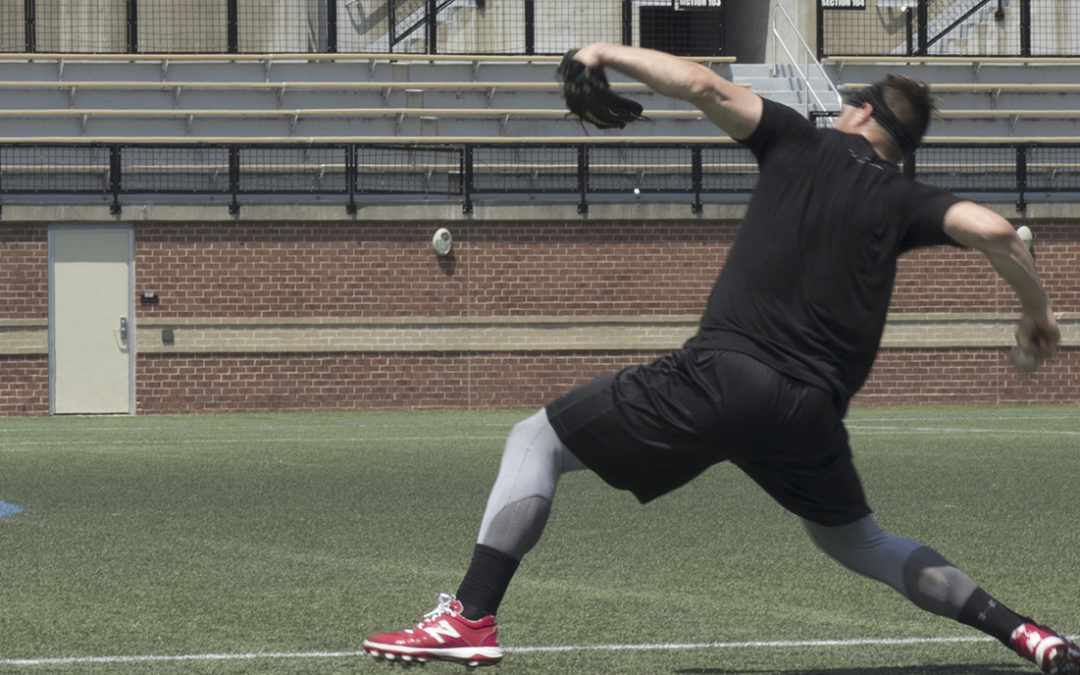 Running throws or “run and guns” have become synonymous with velocity development programs, but other than providing impressive velocity numbers for an Instagram-worthy video, what purpose do they serve?

Pitching is extremely stressful on the body, so it’s important that proper care is taken to adjust to the stress/load. This means working up to, and possibly above, the stress that the body will experience in game situations.

Since higher velocities can (usually) be reached on running throws due to the increased momentum that is created from the run-up, and the resulting kinetic and kinematic changes, these throws may result in more stress (Fleisig et al., 2017). In general, when we refer to stress we’re talking about peak torque in the form of valgus torque (arm laying back) and varus torque (countering layback with an eccentric contraction in the opposite direction) at the elbow, which peak during the cocking phase, just prior to max external rotation (Fleisig et al., 1996).

However, high stress, specifically increased stress from a running throw, is not necessarily bad, but it does need to be accounted for in training and preparation, since any significant spikes or dips in training volume and intensity may increase the likelihood of injury (Gabbett, 2016). Whereas, a high, but appropriate, training load (in this case defined by both volume and intensity) may help athletes resist injury and improve performance (Gabbett, 2016).

Running throws are the least constrained an athlete can possibly be as there are really no “guardrails” and the only goal is maximum velocity.

Before removing the “guardrails”, it is important to master the throwing positions and the timing of each movement. Certain positions and movement sequences have been shown to be associated with high velocity throwing. This doesn’t mean that in order to throw hard you have to do every single thing extremely well, but these positions and movements do give us a model on which to base our own mechanics.

Therefore, before max effort throwing pitchers should be properly “on-ramped.” Meaning, over the course of a few weeks training should include a variety of lower effort constraint drills, to help pitchers feel these positions and movements (rather than being told), and the necessary physical training (i.e. mobility and strength). Following this “on-ramp”, it is time to stress test the new pattern.

If the requisite physical qualities are present in adequate amounts, high effort throwing in a less constrained manner may help sync up the movement patterns. Drills like rockers, roll-ins, and figure-8’s, all have a place, and can definitely be thrown with high intent, but by definition they are more constrained than a running throw.

Improving force and power production in any sport, including increasing throwing velocity, is driven by a combination of morphological (i.e. hypertrophy) and neural adaptations. This means that not only do you need to get bigger to produce more force, but you also have to make changes to the way your nervous system works.

Your body has systems in place to avoid injury, and these safety systems often keep you from accessing your body’s full capabilities as the “safety cut-off” is often set too low. In order to reach your peak performance level, you must increase the point at which this cut off occurs. Running throws may help do this by a similar mechanism that maximum strength movements improve strength. That is, by increasing neural drive and motor unit synchronization.

Motor unit synchronization may increase the rate of force development during rapid contractions, or may be help coordinate the activity of multiple muscles (Semmier, 2002). Basically, this means that your nervous system becomes more efficient at producing high force at a high speed-obviously valuable to increasing pitching velocity.

“Overspeed” training is a concept from track and field where athletes train at supramaximal speeds with the addition of external factors. For example, a sprinter may run down a slight incline or be towed by a device, which would allow them to train at supramaximal speeds. The idea is that this may allow them to make speed gains later due to the adaptations acquired during overspeed training.

Running throws use the same concept, especially if underload balls are used, as the speeds reached on running throws tend to be significantly higher, often 5-8 mph faster, than those on the mound. This may help the body learn to self-organize in a manner that is conducive to these higher speeds, which can then be transferred to the mound.

No training plan is perfect; therefore, every training plan will involve some degree of trial and error. In order to minimize time lost due to ineffective training methods there should be check-ins built into each session or at the very least into each microcycle (week). In Dr. Anatoliy Bodarchuk’s training system this is referred to as a test exercise.

If the goal of our training is to improve throwing velocity, we need a way to make sure that it is succeeding in doing so. Due to the stress caused by max effort throwing it’s not possible to check peak velocity every training session. However, we can generally check in on this weekly and that should be often enough.

Increasing throwing velocity is a complex task that involves many variables. Running throws are a small piece of the overall plan and should never become a large piece of any individual throwing program.

A proper warm-up, patterning work to attack specific movement deficiencies, and a mix of high, moderate, and low intensity throwing to allow for the best possible recovery, all play larger roles than running throws.

Running throws may not be a good fit for pitchers who struggle to reach higher velocities in a running throw than they do on the mound, and these athletes may benefit from other pulldown variations.On the other end of the spectrum, pitchers who exceed their mound velocity by more than ~8 mph during a running throw, may benefit from more blending work or a change in the drill used during their high intensity throwing.

Running throws are just one piece to the puzzle when it comes to velocity development, and they are definitely not right for all pitchers, but with certain pitchers they can be extremely effective when used correctly.

“Trevor Rosenthal.” by Keith Allison licensed by CC BY 2.0