What Can Sprinting Teach Us About High Velocity Throwing? Part 3 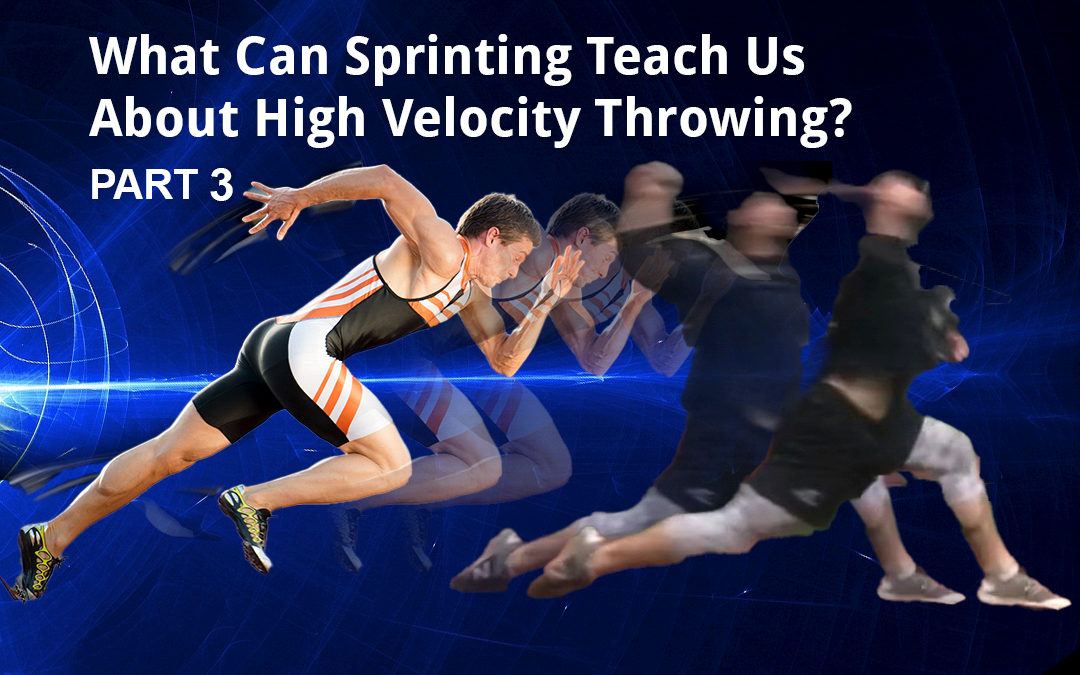 Thanks for following along for this three-part series. Rather than cramming all of this information into one 5000-word article I figured it was better to split it up into manageable chunks.

This is the last piece of this series and will cover how programming from sprinting can give us some context with programming for throwing. If you haven’t read Part 1 and Part 2 yet, check them out before reading this installment.

Maximal strength is an undeniably important piece to athletic performance as peak force capabilities help determine how well an athlete can perform on the field. Theoretically, an athlete could never be too strong. However, increasing maximal strength past a certain level requires substantially greater effort (to the point that other aspects of training will have to be foregone), creates significantly more global fatigue, and after a certain point maximal force ceases to be the limiting factor to improving performance and the programming focus must shift.

This is why coaches look for the level of maximal strength that makes an athlete “strong enough.” An athlete who is “strong enough” has an adequate base of maximal strength/force upon which to build other athletic abilities such as power, and is no longer limited by strength. This level can be tricky to find and likely varies from athlete to athlete based on a variety of factors (see Strength Requirements below). When determining required levels of strength, quantifying this relative to bodyweight is important, rather than in absolute terms.

For pitchers this means they may have high unilateral lower body relative strength, but if the direction of force with the back leg is too vertical rather than horizontal (toward the plate), velocity is likely to be negatively impacted. This may help partially explain why Dr. Bondarchuk found a transfer of maximal strength to sprint performance only to the level 11.1-11.4 seconds in the 100m (Bondarchuk, 2007). To put this time range in perspective, 11.1-11.4 in the 100m would be comparable to a mid to high 80’s pitcher. Strength matters early in development and then more specific qualities gain importance after a basic level of development.

Maximal strength is an important quality to develop in athletes, especially early in their training career, and should be continued to a “strong enough” level which will vary from athlete to athlete. Young athletes are much more likely to see significant benefits from strength improvements compared to their more advanced counterparts. Get strong in general movements, through all planes of motion, and then shift your focus to areas of need such as rate of force development or elasticity.

Strength as An Injury Mitigator

Strength is important as sprinters experience ground reaction forces (GRF) of up to 5x BW (Udofa et al., 2017) and pitchers experience 2+x BW GRF at lead foot contact (Guido and Werner, 2012). Enhancing the neural and tissue qualities required to withstand forces of this extreme level is important for both performance and injury risk. While it is difficult to create these forces in the weightroom (depth jumps and sprint variations are needed) exposure to this level of stress and acclimating to it is an important piece to development as an athlete. Gradual exposure to increasing stress helps build a strong foundation for your training. If you aren’t healthy enough to train and compete, it’s difficult to get better.

Eccentric strength in the posterior shoulder and elbow flexors is crucial for pitchers. As well as strength and control at end range shoulder external rotation and strength in the forearm (specifically the flexor-pronator mass) as this may help reduce injury risk to the elbow (Toby et al., 2015). The hamstrings, rotator cuff, and biceps act as the brakes for these powerful movements, helping to safely decelerate the body.

While strength may have reduced transfer to performance on the field or track past a certain level, it is important to maintain strength levels in order to reduce injury risk and remain healthy enough to continue development.

Each athlete has strengths and weaknesses that make them unique. We can loosely categorize athletes as muscle/force driven or fascial/elastic/velocity driven athletes. No athlete falls completely to one end of the spectrum or the other, but many tend to lean more in one direction or the other. While the goal for most athletes may be to improve their weakness (if they are force dominant, improve their high velocity abilities and vice versa), completely changing an athlete’s category is unlikely and may even inhibit performance.

As we discussed in Part 1, some athletes are muscle driven and they’re great starters. They produce tons of force right out of the gates (Mo Green or Ben Johnson) and rely on that to build up a lead that can’t be overtaken because they are not as efficient at max velocity as their elastic counterparts. Elastic driven athletes do not start as well, are very efficient at max velocity, and generally decelerate later so they have the opportunity to win the race late (see Carl Lewis or Usian Bolt).

In the context of pitching, elastic athletes transfer and amplify energy very efficiently so they require less to begin with. This tends to mean smaller range of motion in the rear leg, use of the fast SSC, and greater hip shoulder separation. Muscle driven athletes on the other hand, do not transfer and amplify energy as efficiently. More energy is lost as heat as they move through their delivery, so they must produce more force at the start to make up for this inefficiency. This means deeper ranges of motion involving the back leg, use of the slow SSC, less hip/shoulder separation, and less “whippiness”.

Edwin Diaz is an elastic pitcher and his mechanics reflect that. Video credit Bullpen Videos

Programming for elastic athletes likely means more heavy strength work early in the offseason with a reduction in exposure to heavy loads closer to the competitive season. For muscle driven athletes, this means greater exposure to lower load, higher velocity, plyometric-type movements earlier in the offseason, with more exposure to heavy loads as the season approaches. Athletes will work on their weaknesses farther from competition and double down on strengths when they need to be ready to compete.

Muscle driven athletes will benefit from improving their ability to store and release elastic energy and their higher velocity abilities (speed-strength, maximal velocity, and overspeed), but must maintain high strength levels in order to perform at a high level. Elastic athletes tend to be just the opposite as they can benefit from greater maximal force capabilities (max strength and strength-speed), but must maintain high levels of elasticity and reactivity to perform at a high level.

A timeline for training during a 3-month offseason may look something like this:

There are a variety of programming strategies and there is never one right answer to programming for all athletes. As athletes progress in both their athletic and training careers the way they train will necessarily change.

Early on in an athlete’s development, specificity is relatively unimportant as a base of general qualities (strength, increased lean mass, work capacity, movement quality, movement variety) must be built before more specific means can be used to their full potential. This means that when an athlete first begins training, almost anything they do will make them better in their sport.

Additionally, when an athlete begins training, intensity is their best friend. They aren’t performing at a high absolute level yet, and movements aren’t overly complex, so the systemic stress they can create is somewhat limited. If they try to run fast, jump far, or throw hard that stimulus usually helps them to do so. Tony Holler has been using this method (he calls it “Feed the Cats”) with his high school track athletes for a long time now, with exceptional results. However, as an athlete progresses, their absolute ability increases, and with it their ability to produce systemic stress. Meaning it takes them longer to recover and they can’t handle as much exposure to maximum effort training.

Programming style also depends on the athlete’s development level. True beginners (untrained athletes under ~12) need a wide variety of stimuli to build their movement base and athletic proficiency. Beginners (untrained athletes 12-13 and older) benefit from almost exclusively training the opposite end of the force velocity curve from their sport (force). This means focusing on increasing strength, often in a block style of programming.

Intermediate athletes have built a solid base of strength and can begin mixing their training a bit with a complex parallel style often focusing on two attributes that do not interfere with each other. This may look more like Westside’s conjugate style of programming, with a strength focused day on Monday, a tissue prep/capacity/recovery day on Wednesday, and a dynamic effort or higher velocity focused day on Friday. The specifics of the loading can change throughout the mesocycles as you go from maximum strength and power, to power and strength-speed, strength-speed and speed-strength focused adaptations for example.

Training for elite level performance requires a long-term view. An athlete must build an adequate base first in order to build a sufficiently tall pyramid. An understanding of physiology and the desired adaptations are critical to building a program that can produce results across performance levels. At the beginning of an athlete’s training career rapid improvements in training often lead to rapid improvements on the field and can lead to an attachment to one style of training. It’s important to remember, however, that what got you here won’t get you there. As you or your athletes progress and evolve so too must their training.

Not sure how to set up your training programs? Don’t know if you’re an elastic or muscle driven athlete? Contact me and let’s discuss remote training options.